In May we were happy to welcome another scientist to CASUS. Dr. Attila Cangi will now work as CASUS Postdoctoral Fellow in the field of matter under extreme conditions at the newly founded CASUS Center. We interviewed him.

Dr. Cangi, what are you researching?

I am a theoretical and computational physicist interested in various aspects of quantum many-body theory, quantum dynamics, and functional theories for the modeling of high energy density (HED) phenomena induced by extreme electromagnetic fields, temperatures, and pressures.

My long-term research goal is the development of a quantum-accurate multi-scale modeling framework for HED matter at the mesoscale. My research objectives therefore focus on achieving an accurate and consistent understanding of HED phenomena in the warm dense regime across multiple length and time scales as well as bridging the gap between atomistic simulations on the microscopic scale and device-level simulations on the macroscopic scale.

How do you implement your ideas?

I develop and use analytical and numerical methods like a static and time-dependent density functional theory, interatomic potentials for large-scale molecular dynamics simulations based on data-intensive machine learning techniques and computationally efficient surrogate models (average-atom models).

How is your research applied?

My research supports the analysis of astrophysical processes, for example the physics of planetary interiors and formation, and the development of novel technologies like inertial confinement fusion under laboratory conditions. My methodologies support the diagnostics of HED experiments like inelastic x-ray scattering spectroscopies in the warm dense regime.

I am also strongly interested in applying analytical and numerical methodologies from electronic structure theory beyond their traditional scope. In collaboration with researchers at CASUS, I envision to model the dynamics of density distributions that emerge in other contexts, for example in Earth System Science. I further international collaborations with leading scientific institutions in the US and worldwide.

Dr. Attila Cangi received his Ph.D. from the University of California, Irvine. In his doctoral research (with Kieron Burke) he developed methodologies for density functional theory. As a postdoctoral researcher (with Hardy Gross) at the Max Planck Institute of Microstructure Physics in Halle, Germany he developed functional theories for elevated temperatures and applied time-dependent density functional theory to matter under extreme conditions. Before joining CASUS, he was a staff member in the Center for Computing Research, Sandia National Laboratories in Albuquerque, USA, where he developed and applied electronic structure methods for the numerical modeling of HED phenomena. 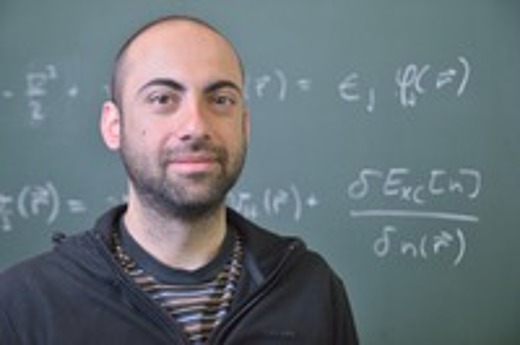